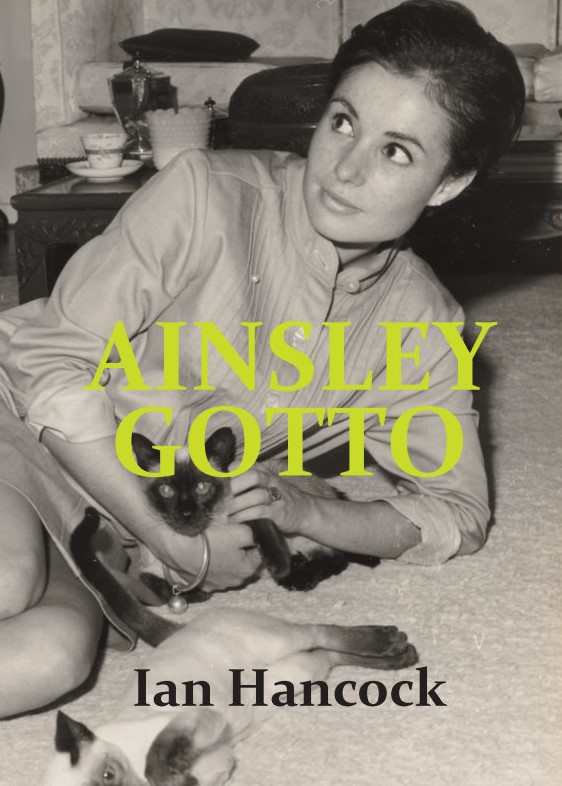 A very large number of books, both biographies and autobiographies, have been written about Australian federal politicians. However, not many books have been written about the people who work in Canberra. Three interesting ones are The Persuaders by James Garvey about political advertising, From Post Box to Powerhouse by Patrick Weller and Joanne Scott about one hundred years of the Department of Prime Minister and Cabinet, and The Gatekeepers by R A W Rhodes and Anne Tiernan, which covers 50 years of the chiefs of staff in the Prime Ministers Office.

Ian Hancock, has written an extremely informative biography of Ainsley Gotto principal private secretary to Prime Minister John Gorton – detailing her life before, during and after her time as a staffer in Canberra. The biography is thoroughly researched, and Hancock has made very good use of  the extensive collection of the Gotto papers. This family collection is particularly useful about Ainsley before she became well known when working for Prime Minister John Gorton.

Ainsley Gotto includes a significant number of footnotes if one wanted more details. Having the footnotes at the end of each chapter is also appreciated, making it easier to follow. It is a very readable account.

Ian Hancock interviewed a number of people from all walks of life, extensively noting their views about her. Hancock has been a prolific writer, including the author of a biography on Sir John Gorton.

As a child, Ainsley Gotto was obviously very smart and talented and excelled in a number of ways. Although she left school at a young age, she made use of her talents. While she had few qualifications, she obviously had ability, gaining a place at a select government school in Melbourne, Mac. Robertson Girls’ High School. The Gotto papers are full of details about her academic progress.

Gotto’s family life had its problems with both parents having little to do with Ainsley and her two sisters. The parents themselves seemed to have gone their own ways and Gobbo had little to do with her older sisters. She was estranged from her father for over two decades.

Ainsley Gotto’s father Sidney Gotto, who was in the Australia Air Force, was posted, for some years to London. On return, he spent some years in Canberra. The family went with him. Back in Australia Gotto later graduated from the Technical College in Canberra, aged fifteen. Later, Ainsley received very good reports as a typist in different government departments. This laid the ground for what was ahead.

In Canberra Gotto worked for Liberal MP Bill Aston and later Dudley Erwin who became Chief Whip in the Holt Government. On one occasion, Bill Snedden referred to Gotto as “the mini-whip”, the sort of comment she had to endure for some years.

Gotto joined John Gorton’s staff. Soon afterwards, Prime Minister Harold Holt drowned, and Gorton won the ballot narrowly to replace Holt as PM.  Gotto, who had played a role in Gorton’s win, was offered the very senior position of Principal Private Secretary. She was the first female and the youngest person to hold such a position. It was a controversial appointment.

The choice of Ainsley Gotto in this role was resented by some senior public servants and several Liberal MPs, including William McMahon, Dudley Erwin, Michael Howson and Malcolm Fraser. Hancock refers to some of the unpleasant sexist things said  about her. On the other hand, she got on very well with MPs such as Don Chipp, Tom Hughes, Jim Killen and, of course, John Gorton. Although she was seen as an inspiration to young women, people were deeply divided about Gotto.

It was said of her that she controlled Gorton, had too much influence and  prevented people from seeing him. Ainsley Gotto is not the only woman to have this said about her. Similar comments were made about Junie Morosi and her alleged control over Kim Cairns in the Whitlam Government. More recently, Peta Credlin’s alleged control of Tony Abbott when he was Prime Minister has come in for similar comment. Many people in all walks of life have personal secretaries who “protect” their boss, but this is different from “controlling” them. There also was some jealously about Gotto.

Gotto disliked Dudley Erwin and, like some MPs, she thought he was way out of his depth. After a big swing against the government in the 1969 election, Gorton dropped some ministers. One of them was Erwin. In answering a question on why he was demoted he came out with the extraordinary comment: “It wiggles, it’s shapely and its name is Ainsley Gotto.” Unfortunately, these words were used by sections of the media for years.

Gotto appears to have been a very good PPS to Gorton, who at times did not give attention to detail, leaving it to her. She was hard working and capable. As the author says, the main trouble with Ainsley was her age and gender.

Gotto’s life after she left Canberra. While many older readers would know something about her when she was in the nation’s capital, few would know what she did later in life. The chapters dealing with her life after 1970 provide an excellent insight.

Gotto resigned from working with Gorton in early 1972, as there was no real future for her with the Coalition heading for defeat in the 1972 general election. She eventually took a job with Drake International and was based in Monte Carlo. She also did some writing. She noticed the change in work considerable, and she believed that she was under achieving. She, however, did stay there for some years. In this and in other positions she took on, in her own words, she wanted “… more involvement, responsibility, stimulation and decision-making”.

Ainsley Gotto’s private life had many ups and downs in this period. Her parents separated in 1973 and her sister Debra died in the same year. Gotto’s dislike of sections of the media remained profound. It was amazing how many years the press and others kept using the word “wiggle”. She got herself into considerable financial difficulties on more than one occasion. Her marriage to lawyer Nick Carson ended in divorce in 2007.

On the other hand, for many years Gotto enjoyed an extraordinary social life,  involving parties, dinners, holidays overseas and meeting a large number of important people. Ainsley had and retained close friends in politics in general in Australia and from both major parties. She admitted herself how many of her male friends were much older than her. She got great pleasure from a home she had near the Gold Coast. She took considerable pride in her interior design business and was very proud of her roles in the Women’s Chiefs of Enterprises International in Australia and the international group, Femmes Chefs d’Enterprises Mondiales.

Gotto once said “…I’m not unhappy, no, with the way my life turned out.” Her affection for Gorton never wavered. She took great delight in organising functions for both his eightieth and ninetieth birthday celebrations.

It is interesting that in whatever job Ainsley Gotto had there was a large divide of opinion – between those who thought highly of her efficiency, friendly manner and capability and others who saw her as rude, abrupt and having a sharp tongue. This divide was evident from the time she entered the workforce as a typist until her final jobs working in the offices of politicians, Helen Coonan and Malcolm Turnbull.