ELIZABETH MACARTHUR AS WE NEVER KNEW HER

ELIZABETH MACARTHUR AS WE NEVER KNEW HER 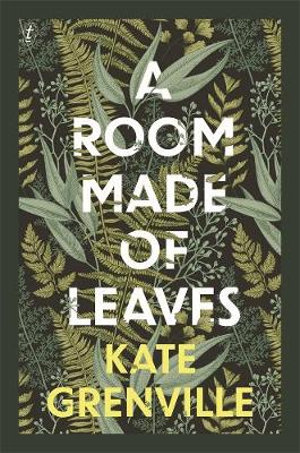 A Room Made of Leaves

Historians do their best with the remnants of the past at hand to decipher various truths of events and the people who made them happen. But it seems it is left to novelists to fill in the gaps – allowing imagination to collide with known facts and tempt a vision of larger (possible) truths.

The pulling down of statues in the wake of the Black Lives Matter protests has hastened revisionist attempts to get fairer or more accurate representations of past heroes. Entering into the commotion, it is timely that Kate Grenville’s new novel A Room Made of Leaves teases us with the notion that much of what we take as fact may very well be a false record.

Kate Grenville’s novels have long mixed Australian historical settings and events with her fiction. Who can forget her recreation of Sydney’s eccentric street woman Bea Miles in Lilian’s Story and Dark Places. Grenville’s use of Sydney’s early colonial history has brought us masterpieces such as The Secret River and The Lieutenant. And now she has tackled an even trickier canvas to recreate a new portrait of Elizabeth Macarthur – wife of colonial soldier and entrepreneur John Macarthur, often labelled the father of the Australian wool industry.

The book is dedicated to “all those whose stories have been silenced”. Grenville’s fictional Elizabeth Macarthur is quoted in a dedication page before the “Editor’s Note” as warning, “Do not believe too quickly!”

The scene is soon set in the “editor’s” preface that what is about to follow has been created from the “discovery” of Elizabeth Macarthur’s long lost secret memoirs recently found in a tin box, “sealed with wax and wrapped in oiled canvas” and “wedged under in the beam in the roof cavity” at Elizabeth Farm in Parramatta. Grenville’s imaginative new creation is thus underway.

Kate Grenville is a thorough researcher of Australian history. In A Room Made of Leaves, more than in her other novels of historical reference, the characters involved are large names in the historical record. Captain Arthur Phillip, Captain Collins, Reverend Johnson, surgeon John White, Colonel Paterson, Lieutenant-General Grose, Lieutenant Nepean, among others, have small roles while Captain Tench and, more so, officer and astronomer William Dawes are more widely drawn and engage intimately with Elizabeth Macarthur.

Grenville’s heroine is a lass reared in the countryside of Devon, experienced in farming ways and educated to a standard where her letters to her family in 1890 during her voyage to Australia have been described by Jill Conway in the Australian Dictionary of Biography as “one of the outstanding records of early voyages on convict transports”. Grenville begs to differ on the value of these letters, arguing that they are in fact “unrevealing”. For a novelist, they lack the spice of life.

John Macarthur was what Grenville describes as “no charmer” and what his wife described as “too proud or haughty for our humble fortune or expectations”. They married when Elizabeth was expecting a child so there is something of a hurdle to climb for the novelist to explain how this happened. Grenville provides the answers smoothly and credibly.

This sets a path for the drama to come – an impetuous, unattractive man, hell bent on his “honour” and with a tendency to belligerence is forcibly matched with a more intelligent wife who quickly comes to realise that however miserable her marriage she would be worse off if her husband were to die or fail. Within a year of their marriage they embark on the long sea voyage to the newly formed colony of New South Wales where the barely established inhabitants are starving from lack of supplies. Grenville writes:

The genteel young woman from the Bridgerule parsonage was dropped, like a rosebud into a cesspit, into a violent brutal society on the remotest spot on the globe.

As for many women of her generation, Elizabeth eventually grows in wisdom and competence as well as in personal satisfaction by managing her lot, even manipulating her husband, her ticket to safety and prosperity, to her advantage. The Macarthur marriage in Grenville’s telling becomes a partnership, but not quite that as described in history books. This fictional Elizabeth, under William Dawes’ tutorship, opens to new worlds both erudite and personal. Emotionally and intellectually, she escapes her husband’s dominance and charges ahead of him – not that she allows him to recognise it.

As she waits patiently her moments, Elizabeth takes root in her new land in ways her husband never does. She becomes aware of other perspectives; she empathises with the plight of Indigenous natives, she broadens her social views about class and human relationships. Her husband’s absences become her release. She could truly be said to have been the mother of the Australian wool industry.

The triumph of the Elizabeth Macarthur Kate Grenville has conjured up and moulded is that she is so real. She is every woman’s woman. Her reactions, her desires, her fears, her disappointments, her repulsion at her harsh husband’s ways, her joys, her satisfaction in her small and large achievements are recognisable female characteristics. These are not something found in the parched record of masculine endeavours to be discovered in the archives.

Posing urgent questions in her “note” at the start, Grenville makes clear she seeks answers to the gaps in the historical record. Elizabeth Macarthur survived and prospered but how:

How did she survive marriage to perhaps one of the most difficult men on the planet? How did she know how to run a gigantic farming enterprise, or breed fine-woolled sheep, or manage a work-force of brutalised convicts? The pluckiest Austen heroine might have been daunted.

Any room made of leaves is a fragile place. So too is Elizabeth’s. In A Room of One’s Own, Virginia Woolf made the case for women to have their own space not only to exist in their own right in a world dominated by men but also to create and leave their mark on the world.

In A Room Made of Leaves Elizabeth Macarthur finds her room under the harsh skies of the Sydney Cove settlement. Here, both literally and imaginatively, she comes of age. Her relationship with William Dawes shows her the way at first but, long after, Elizabeth is on her own as mistress of her destiny.

Kate Grenville is fortunate that, unlike US first lady Louisa Adams, the real Elizabeth Macarthur did not leave a mountain of documents, memoirs, diaries, letters, poems and more besides to be found two centuries later by an historian. The large gap in personal knowledge and dearth of first-hand information about Elizabeth Macarthur gives Kate Grenville the opportunity to recast her own version of that lady and what an achievement this is.

One of the delights in reading Kate Grenville’s novels is the way she captures the land she belongs to. And the way that land captures her characters. So, we read of Elizabeth Macarthur as she takes her first steps into this new room of leaves:

Each step revealed a new marvel: a view through the bushes of a slice of harbour rough and blue like lapis, a tree with bark of such smooth pink fleshiness that you could expect it to be warm, an overhang of rock with a fraying underside, soft as cake, that glowed yellow. The wind brought with it the salt of the ocean and the strange spicy astringency given off by the shrubs and flowers. There was an almost frightening breadth and depth and height to the place, alive with openness and the wild energy of breeze and trees and the crying gulls and the brilliant water. Alone, a speck of human in a place big enough to swallow me, I looked about with eyes that seemed open for the first time.

In A Room Made of Leaves, Kate Grenville has remade history as much as she has remade Elizabeth Macarthur. But, in the telling, Grenville has also fed our hunger for a closer, more human picture of the people who made our world.

Yet, as Kate tells us, “[L]et me remind you that you have only my word for any of this… It may appear to speak with authority, but might it be nothing more than the mischievous invention of a sly old woman?”